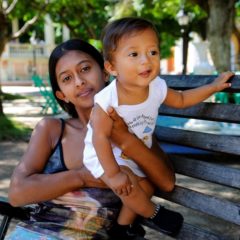 On Monday, August 12, the Department of Homeland Security finalized the “public charge” rule that would redefine the meaning of the term “public charge” by enabling the administration to reject immigrant visas (green card) or temporary visas for those who have accessed or are deemed likely to rely on certain forms of public assistance — services they can access legally.

This rule will force thousands of our most vulnerable communities: low-income immigrant children and families, to choose between accessing essential health services they need, or forgo them for the ability to remain in the United States and keep their families together. This is an impossible choice.

Even before today’s announcement, we have observed the chilling effects of this rule: PHS has been enrolling New Yorkers into SNAP (food stamps) since 2007, and saw a 20% drop-off in enrollment when the proposed rule was announced in October of last year. The public charge rule has also deterred immigrants from using other public benefits programs that aren’t included in the rule, such as WIC. PHS’ Neighborhood WIC centers saw significant drop-offs in our WIC caseload, with over 400 participants dropping off in just one month.

This public charge rule is simply the latest in a series of attacks by the Trump administration on the health and safety of immigrant families. Punishing families who need the help of public benefit programs to get back on their feet, is unacceptable. This rule will not only have far-reaching negative implications for the health of many of our clients, but will also put a greater strain on our city’s health care system.